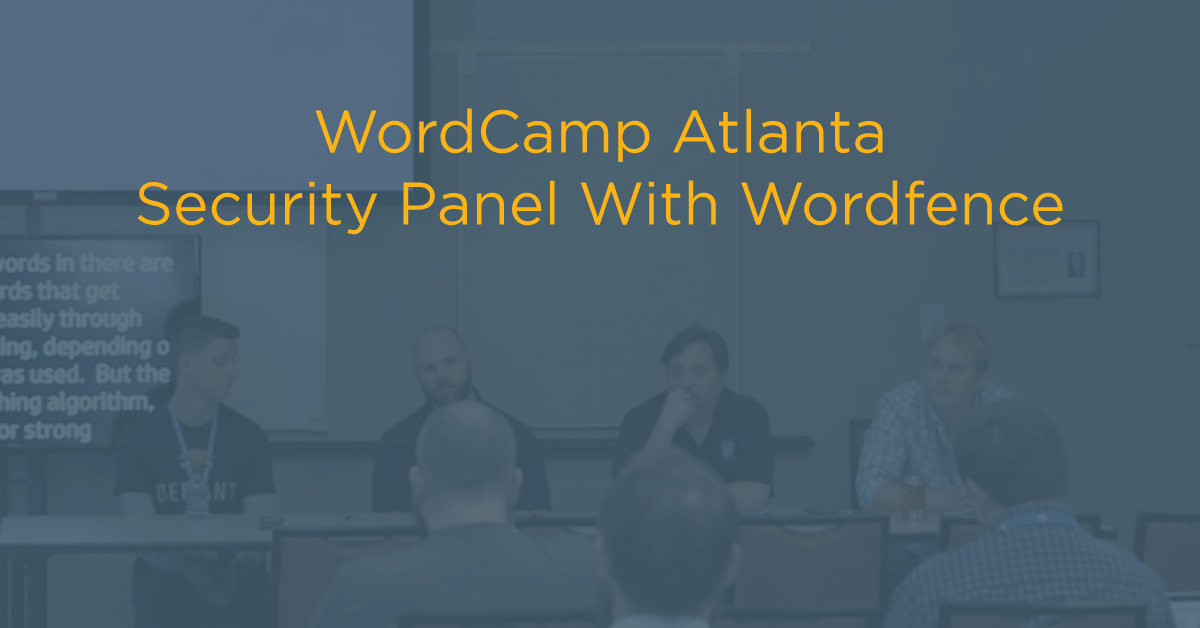 In April, Wordfence sponsored WordCamp Atlanta and several of our team members attended the event. While there, we held a capture the flag (CTF) contest, which helps WordPress site owners learn to think like a hacker so that they can better defend their websites.

Part of hacker culture is the art of lock picking, which many of our team members do as a hobby. At WordCamp Atlanta, we taught many of the attendees to pick their first lock. Doing this is a great way to illustrate how it helps to think like your adversary when you are defending something. If you know how to pick a lock, you can better secure your home or office. Similarly, if you think like a hacker, you can better defend your WordPress websites. Our team does these demonstrations at every WordCamp we sponsor, and if you successfully pick a lock, we will award you a lock-pick set as a prize.

At WordCamp Atlanta, one of the scheduled speakers was unable to attend and our team volunteered to fill in. Four Wordfence team members participated in a panel, taking questions and discussing various WordPress security topics with the audience. Our panel consisted of:

Aaron Campbell, the head of security for WordPress and an all-around great guy also makes an off-camera cameo. If you are interested in WordPress security and would like to get to know some of our best people a little better, I think you will really enjoy the conversation.

Video produced by nishasingh and originally published on WordPress.tv.