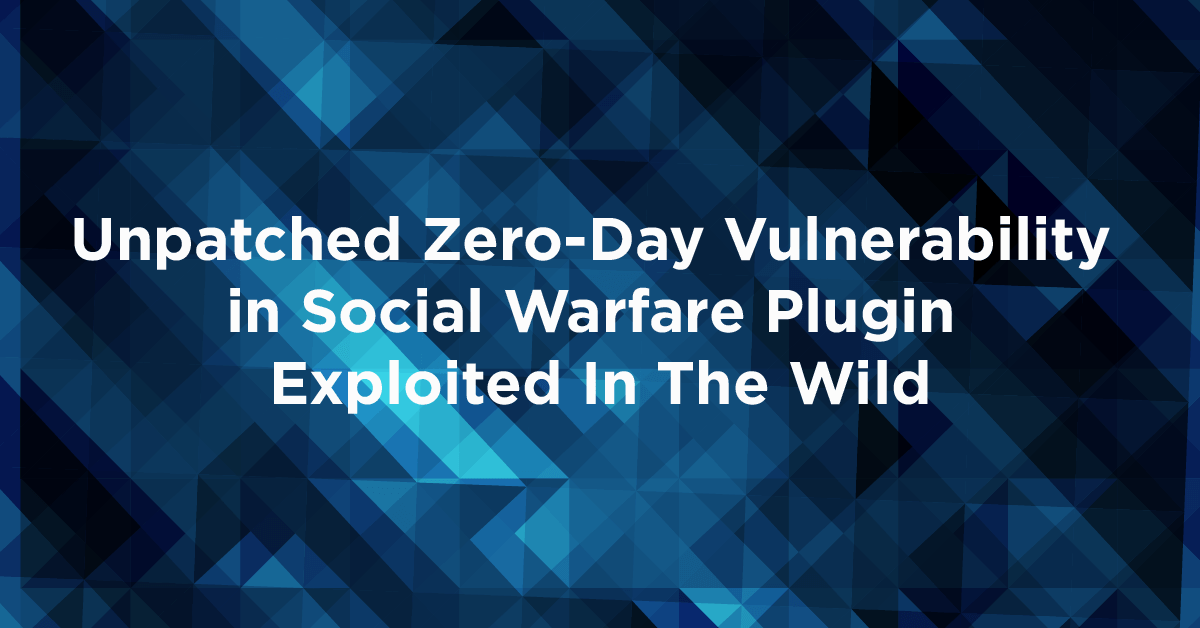 Earlier today, an unnamed security researcher published a full disclosure of a stored Cross-Site Scripting (XSS) vulnerability present in the most recent version of popular WordPress plugin Social Warfare. The plugin, which was subsequently removed from the WordPress.org plugin repository, has an active install base of over 70,000 sites. The flaw allows attackers to inject malicious JavaScript code into the social share links present on a site’s posts.

The Defiant Threat Intelligence team has already identified attacks against this vulnerability, and has deployed a firewall rule to prevent its exploitation. Premium users gain immediate access to the new rule, and after a thirty-day delay it will be available to Free users. Because this vulnerability has yet to be patched, it is recommended that site administrators deactivate the plugin until a patch is released.

At this time, we are refraining from publicizing details of the flaw and the attacks against it. At such time that the vendor makes a patch available, we will produce a follow-up post with further information.

If your site is protected by Wordfence Premium, your firewall will have a new rule designed to prevent these attacks. If not, you can gain access to the rule by upgrading to Premium now. Short of that, deactivating the Social Warfare plugin until a patch is available will prevent these attacks, though at the loss of the plugin’s functionality.

Our team is actively tracking attacks against this flaw, and will produce more details as soon as we feel is responsible. In the meantime, please consider sharing this public service announcement to other WordPress users who may not know of these new risk factors.