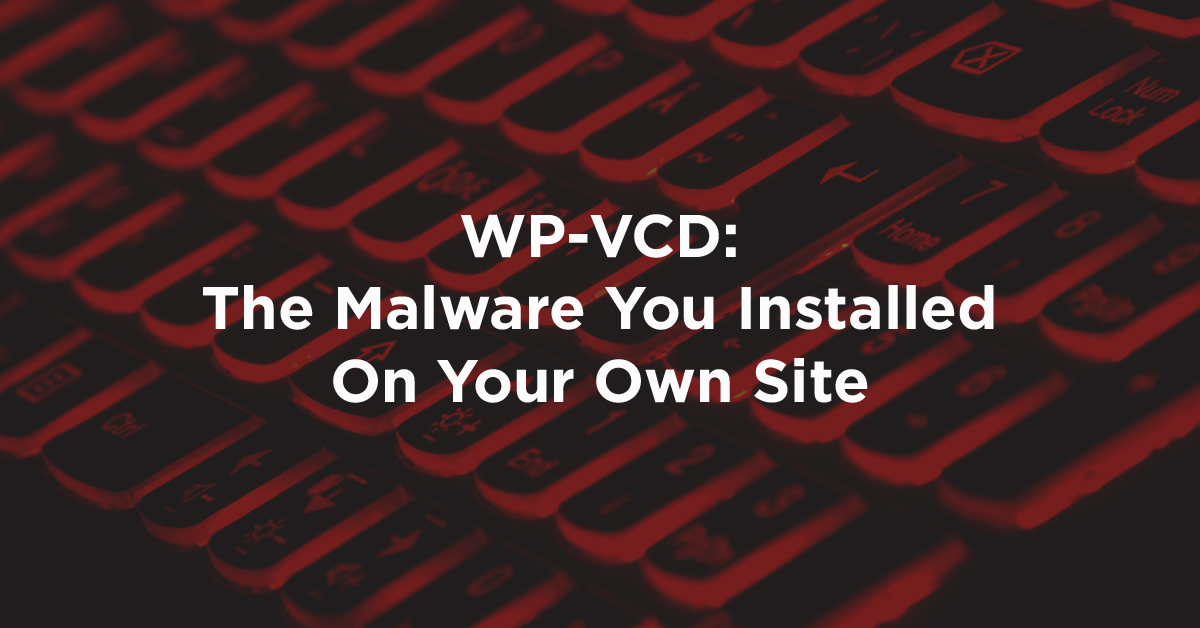 WP-VCD: The Malware You Installed On Your Own Site

One of the most prevalent malware infections facing the WordPress ecosystem in recent weeks is a campaign known as WP-VCD. Despite the relatively long existence of the campaign, the Wordfence threat intelligence team has associated WP-VCD with a higher rate of new infections than any other WordPress malware every week since August 2019, and the campaign shows no signs of slowing down.

In today’s post, we are publishing a comprehensive whitepaper analyzing WP-VCD. This whitepaper contains the full details of our research efforts into this prevalent campaign. It is intended as a resource for threat analysts, security researchers, WordPress developers and administrators, and anyone else interested in tracking or preventing the behavior associated with WP-VCD.

The WP-VCD infection itself is spread via “nulled”, or pirated, plugins and themes distributed by a network of related sites, and it’s remarkable in the way it propagates once deployed. Behind the scenes, extensive command and control (C2) infrastructure and self-healing infections allow attackers to maintain a persistent foothold on these infected sites.

The code snippet above was sourced from an infected functions.php file on a site compromised by WP-VCD. Due to the campaign’s prevalence, this example is likely immediately recognizable to anyone with experience handling WordPress malware infections.

Full details and code analysis of the WP-VCD campaign can be found in the full report.

At various points in its history, specific features have been added and removed from the malware, but most core components of WP-VCD have remained consistent. Monetization comes from two main sources: viral marketing activity intended to manipulate search engine results via black hat SEO, and malvertising code which creates potentially dangerous redirects and pop-up ads for users viewing a compromised site.

In the whitepaper, we provide some insight into the extent of WP-VCD’s infrastructure and monetization scheme. We also reveal data which provides attribution to the threat actor behind the campaign.

In order to aid the security community in the prevention, detection, and eradication of WP-VCD infections, we have provided an extensive list of IOCs associated with this campaign. We have also shared some YARA-compatible malware detection rules for public use in the identification of infected sites.

The full scope of our investigation into WP-VCD far exceeds that of a typical research blog post, so please read the complete whitepaper: WP-VCD: The Malware You Installed On Your Own Site.