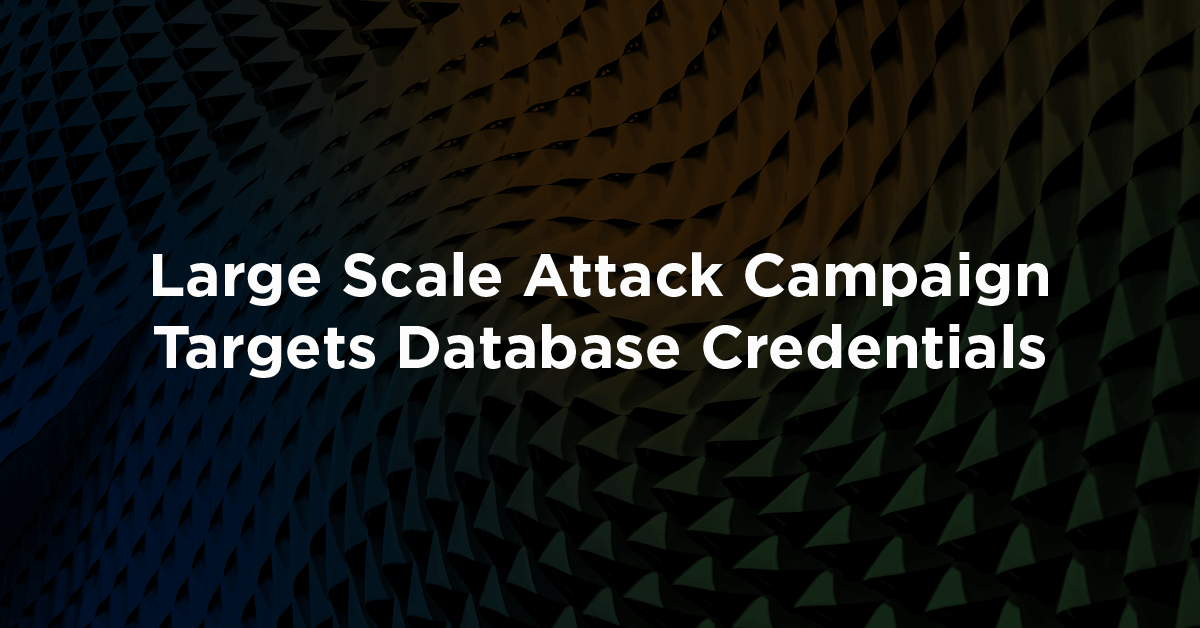 Between May 29 and May 31, 2020, the Wordfence Firewall blocked over 130 million attacks intended to harvest database credentials from 1.3 million sites by downloading their configuration files.

The peak of this attack campaign occurred on May 30, 2020. At this point, attacks from this campaign accounted for 75% of all attempted exploits of plugin and theme vulnerabilities across the WordPress ecosystem.

We were able to link these attacks to the same threat actor previously targeting XSS vulnerabilities at a similar scale. All Wordfence users, including Wordfence Premium and those still using the free version of Wordfence, are protected by our firewall’s built-in directory traversal protection.

The previously reported XSS campaigns sent attacks from over 20,000 different IP addresses. The new campaign is using the same IP addresses, which accounted for the majority of the attacks and sites targeted. This campaign is also attacking nearly a million new sites that weren’t included in the previous XSS campaigns.

As with the XSS campaigns, almost all of the attacks are targeted at older vulnerabilities in outdated plugins or themes that allow files to be downloaded or exported. In this case the attackers are attempting to download wp-config.php, a file critical to all WordPress installations which contains database credentials and connection information, in addition to authentication unique keys and salts. An attacker with access to this file could gain access to the site’s database, where site content and users are stored.

Attacks by this campaign should be visible in your server logs. Look for any log entries containing wp-config.php in the query string that returned a 200 response code.

The top 10 attacking IP addresses in this campaign are listed below.

Sites running Wordfence are protected against this campaign. If your site is not running Wordfence, and you believe you have been compromised, change your database password and authentication unique keys and salts immediately.

If your server is configured to allow remote database access, an attacker with your database credentials could easily add an administrative user, exfiltrate sensitive data, or delete your site altogether. Even if your site does not allow remote database access, an attacker who knows your site’s authentication keys and salts may be able to use them to more easily bypass other security mechanisms.

If you’re not comfortable making the changes above, please contact your host, since changing your database password without updating the wp-config.php file can temporarily take down your site.

In today’s post, we covered another large-scale attack campaign against WordPress sites by a threat actor we have been tracking since February. All Wordfence users, including sites running the free version of Wordfence, and Wordfence Premium, are protected against these attacks. Nonetheless, we urge you to make sure that all plugins and themes are kept up to date, and to share this information with any other site owners or administrators you know. Attacks by this threat actor are evolving and we will continue to share additional information as it becomes available.