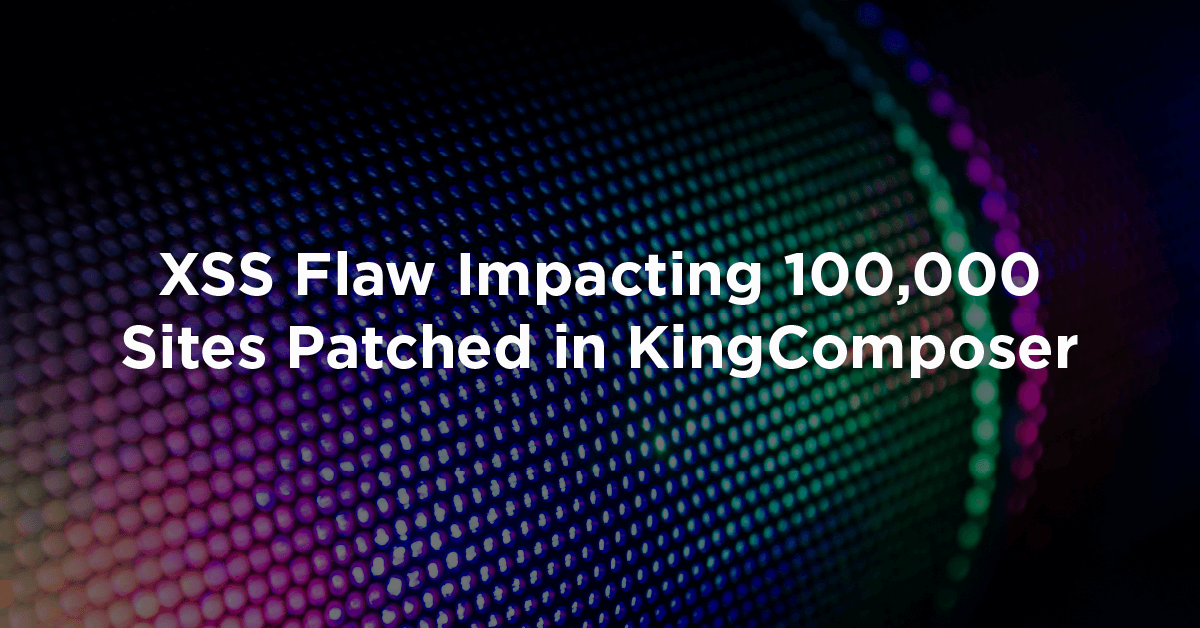 On June 15, 2020, our Threat Intelligence team was made aware of a number of access control vulnerabilities that had recently been disclosed in KingComposer, a WordPress plugin installed on over 100,000 sites. During our investigation of these vulnerabilities, we discovered an unpatched reflected Cross-Site Scripting(XSS) vulnerability.

What is Reflected Cross-Site Scripting(XSS)?

We’ve written a number of articles about Stored Cross-Site Scripting(XSS) vulnerabilities in the past, and how they can be used to take over a website if an administrator accesses a page on their site containing a malicious JavaScript. We’ve also written about Cross-Site Request Forgery(CSRF) attacks, where an attacker can trick a victim into clicking a specially crafted link in order to make changes to a site.

Reflected XSS vulnerabilities have characteristics of both of these vulnerabilities. Much like a CSRF attack, exploiting a Reflected XSS vulnerability usually relies on an attacker tricking their victim into clicking a malicious link which sends the victim to the vulnerable site along with a malicious payload. This can be done in a number of ways, but it is common to first link to an intermediate site controlled by the attacker, which then sends a request containing a malicious payload to the vulnerable site on behalf of the victim.

In order for reflected XSS attacks to successfully exploit a user, an attacker needs to trick the user into performing an action. For that reason, we highly recommend remaining vigilant when clicking on links or attachments in comments, emails, and other communication sources unless you are sure of their integrity and legitimacy.

KingComposer is a WordPress plugin that allows Drag and Drop page building, and it registers a number of AJAX actions to accomplish this. One of these AJAX actions was no longer actively used by the plugin, but could still be used by sending a POST request to wp-admin/admin-ajax.php with the action parameter set to kc_install_online_preset.

As such, if an attacker used base64-encoding on a malicious payload, and tricked a victim into sending a request containing this payload in the kc-online-preset-data parameter, the malicious payload would be decoded and executed in the victim’s browser. The patched version of this plugin resolved the issue by removing the vulnerable function entirely.

In today’s blog post, we discussed a Reflected Cross-Site Scripting(XSS) vulnerability in the KingComposer WordPress plugin, and provided some background information on how Reflected XSS attacks work. This vulnerability has been fully patched in version 2.9.5 and we strongly recommend updating to this version immediately. Sites running Wordfence Premium have been protected against this vulnerability, as well as older vulnerabilities in the KingComposer plugin, since June 15, 2020. Sites still using the free version of Wordfence will receive the firewall rule update on July 15, 2020.