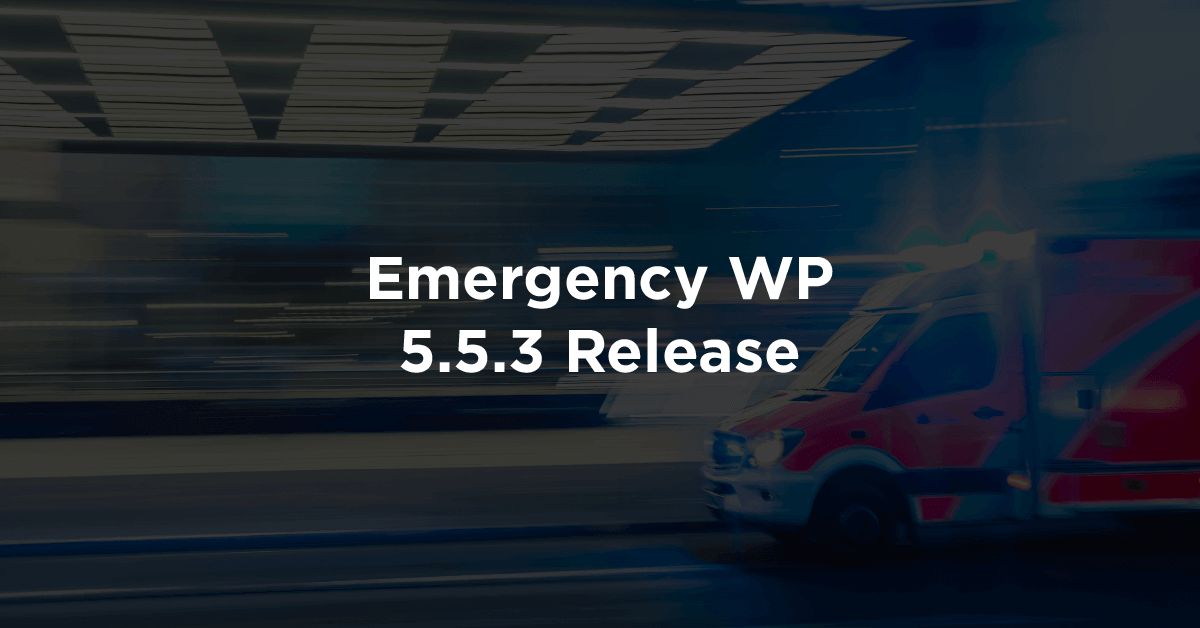 According to the release notes, between approximately 15:30 and 16:00 UTC on October 30, the WordPress auto-update system updated some sites from version 5.5.2 to 5.5.3-alpha. This occurred because the WordPress Core team disabled the download of the 5.5.2 release in an attempt to prevent new users from using this version. By disabling the download for 5.5.2, the wordpress.org API returned the alpha version 5.5.3-alpha-49449 as the version to which WordPress should update.

To fix both issues, the Core team initially re-enabled download 5.5.2 to prevent sites from updating to the alpha version followed by the emergency release of WordPress 5.5.3 to address the issue which prevented new installations.

If your site was updated to WordPress 5.5.3-alpha, you may have additional themes installed on your site. You might also have Akismet installed. These themes and plugin were not activated if installed as a part of the pre-release package. Check your themes and plugin installations. No other plugins would have been installed or removed.

Update your sites normally to WordPress 5.5.3, just as you would for any other WordPress update. If you are allowing your site to autoupdate, the 5.5.3 version may already be installed.

If you had not yet updated to WordPress 5.5.2, updating to 5.5.3 is essentially the same update with a minor fix. Updating your site is safe to do.