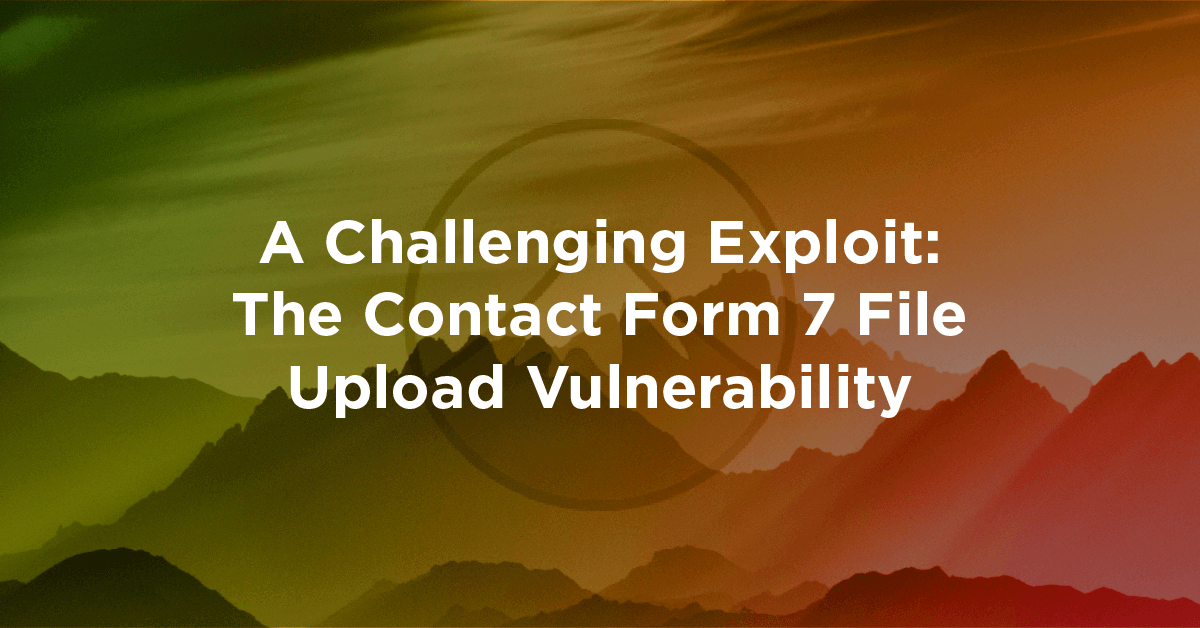 One of the important features of Contact Form 7 is the ability to allow file uploads as a part of a form submission. While uploaded filenames are sanitized during the upload process, reviewing the patch indicates that an attacker could potentially bypass some of Contact Form 7’s filename sanitization protections when uploading files by adding control characters or invisible separators.

There are a number of mitigations in place within Contact Form 7 that would make this bypass difficult to fully exploit:

If you are using Contact Form 7 without the file upload functionality, your site is not vulnerable to attackers looking to exploit this vulnerability. However, we still recommend an immediate update to ensure your site is protected.

Wordfence customers, including Wordfence Premium users and those still running the free version, are protected by the Firewall’s built-in file upload protection which will prevent any attempts to upload known malware or executable PHP files.

The patched version was released early today, Wednesday, December 17, 2020. If your site is one of the many sites using Contact Form 7, we strongly recommend that you update to version 5.3.2 as soon as possible.

Special thanks to Lead Developer Matt Barry and QA Lead Matt Rusnak for their assistance in investigating this issue.