Rapid Growth in Defacements, Who was Hit, Who is Attacking

Yesterday we published numbers indicating how widespread the defacement campaign is targeting the REST-API vulnerability recently fixed in WordPress 4.7.2. If you have not updated to 4.7.2 already on all sites you operate, do so immediately. If you are using Wordfence Premium, you are already protected.

26% Growth in Defacements in 24 Hours

This is yesterday’s chart on total defacements per campaign. 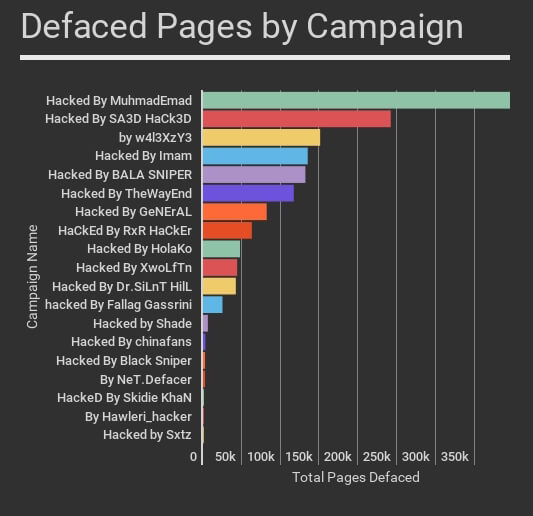 This morning we look a look at which websites have been affected by this attack. We only considered the single most successful defacement campaign when doing this research: The “Hacked by MuhmadEmad” campaign.

The following is a partial list of websites that have been defaced by the top defacement campaign alone. So far we have seen:

ChildCareAware.org, a project funded by the US Department of Health and Human Services defaced:

National American University (Nasdaq: NAUH), a school with over 5,000 students was defaced. 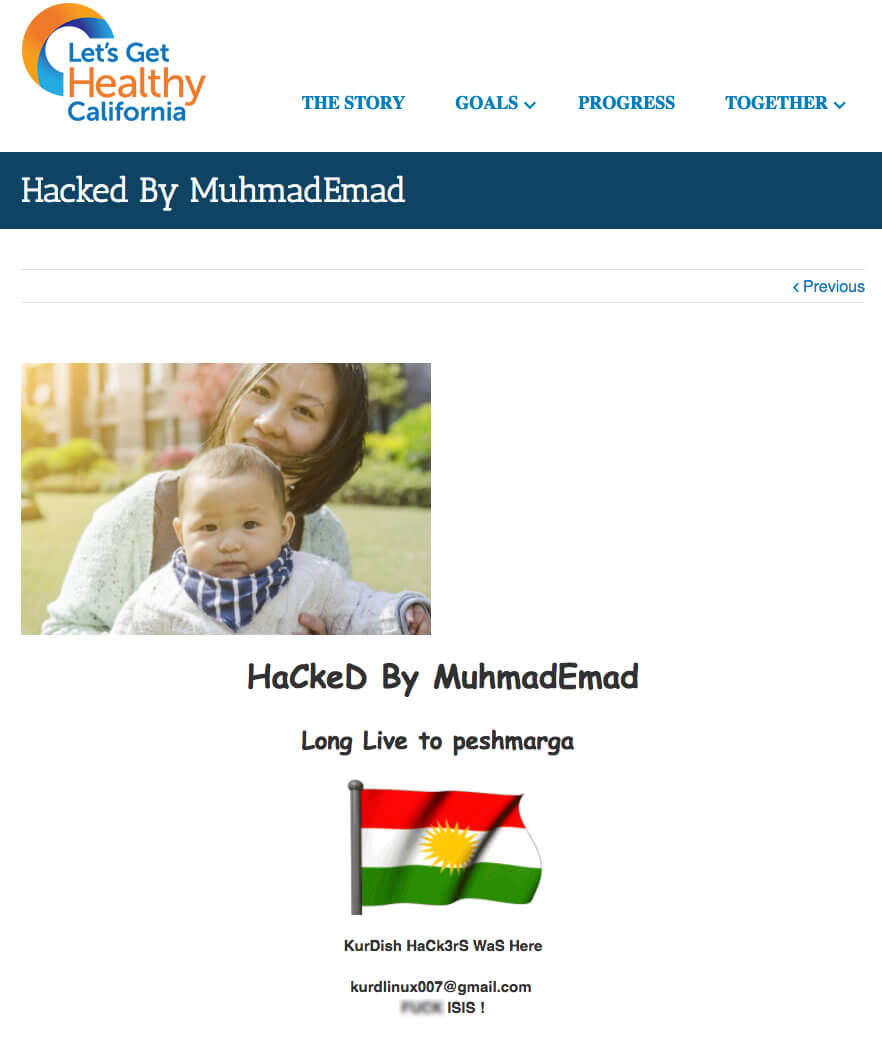 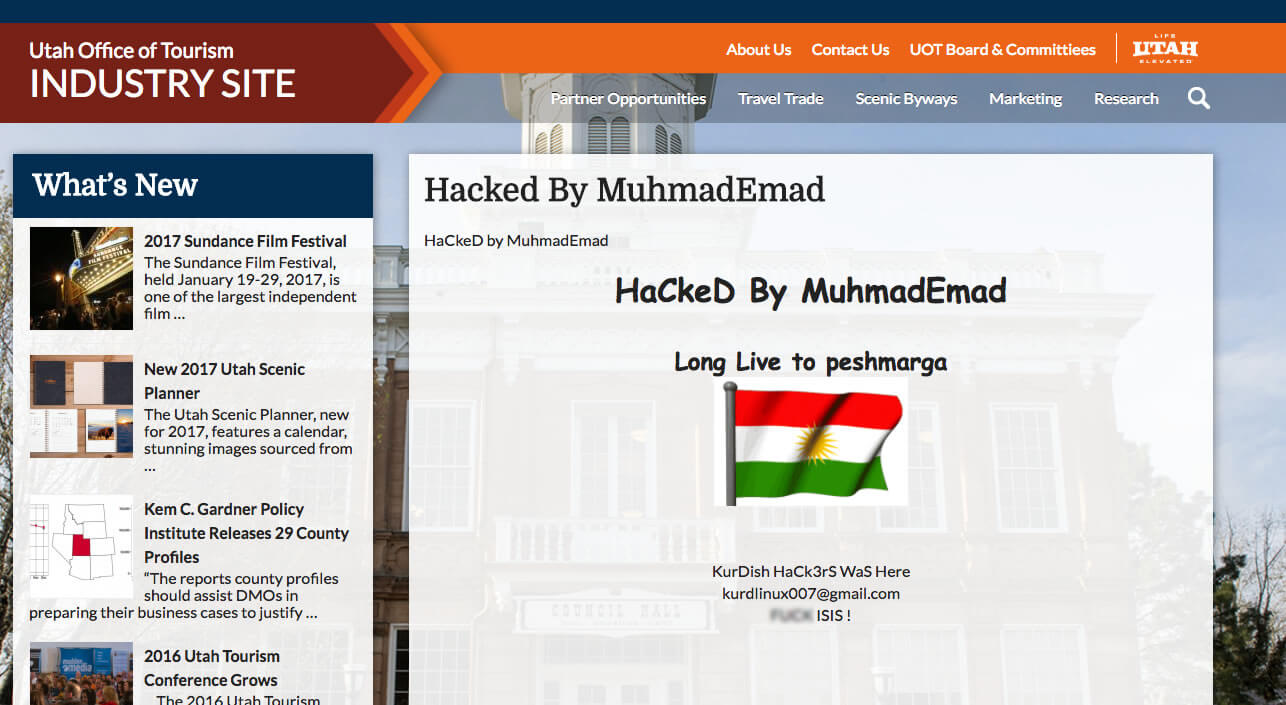 The US Department of Energy’s Joint Center for Energy Storage Research website defaced: 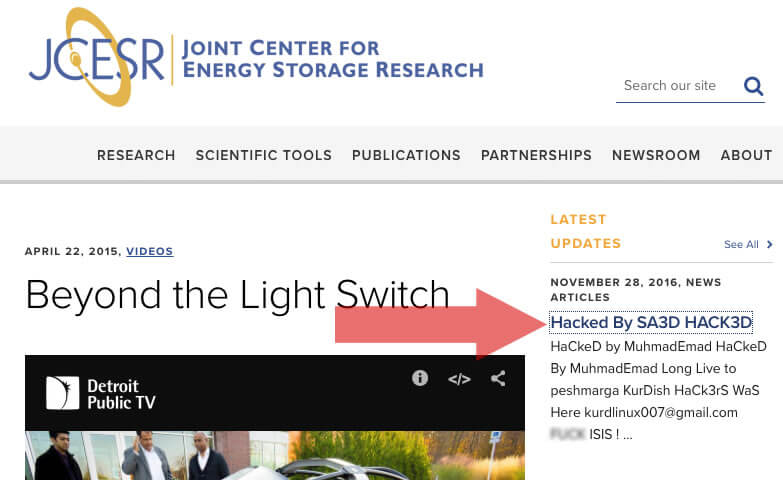 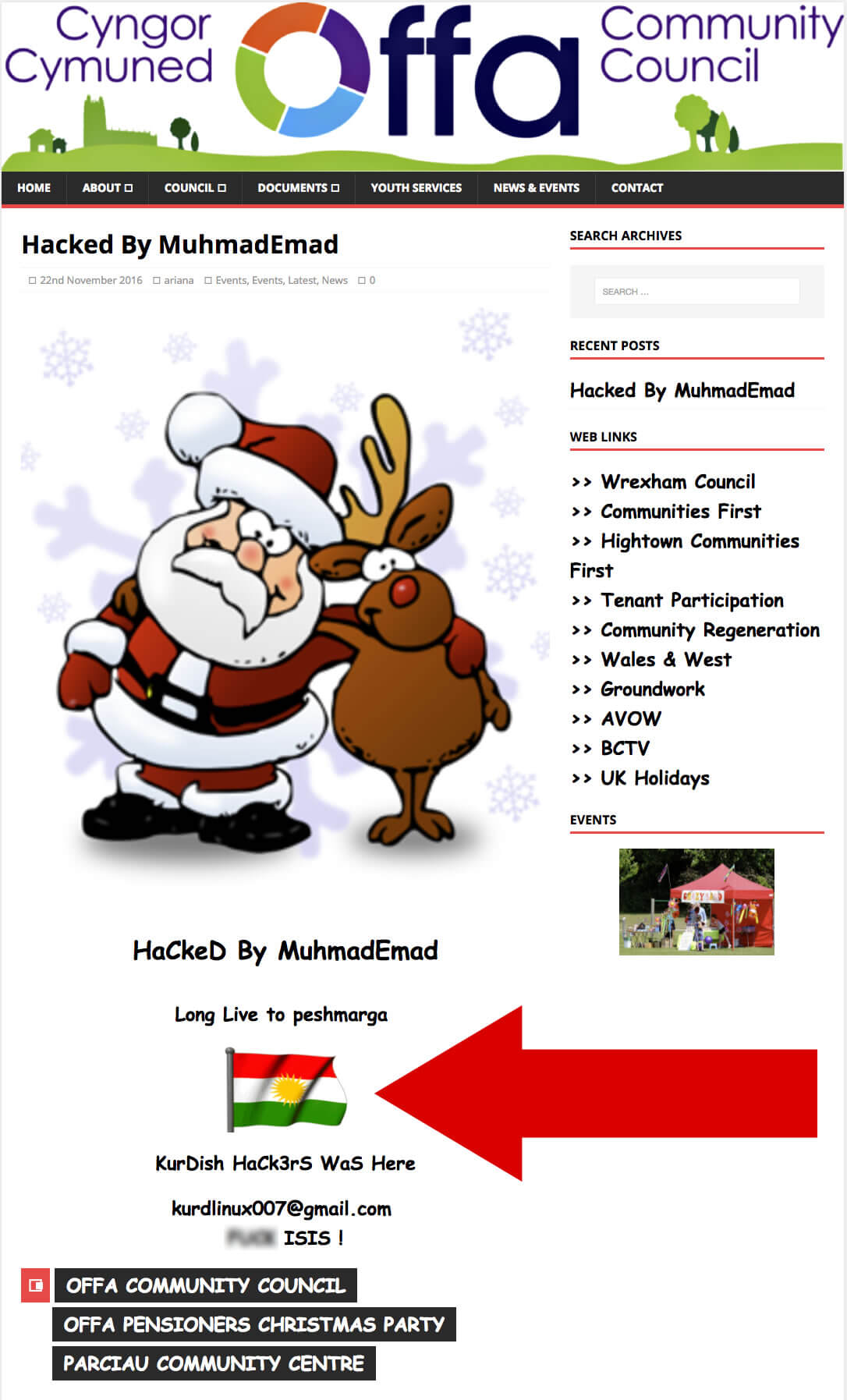 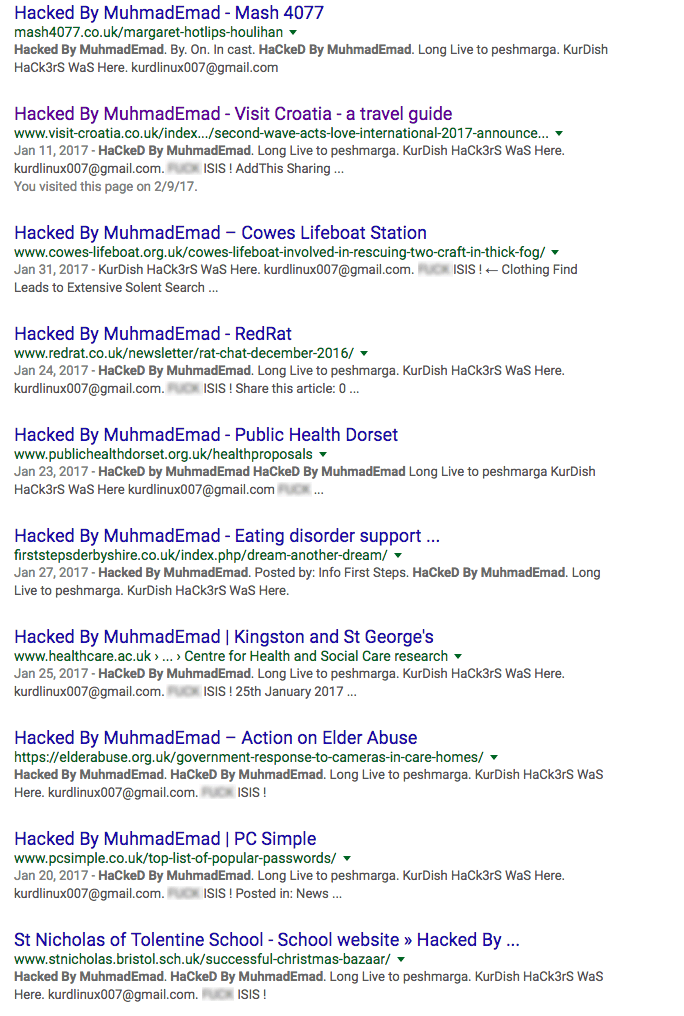 In the past 24 hours we have seen 5 new defacement campaigns appear. Their defacement numbers are still low relative to the large numbers we are seeing among established campaigns.

Across all campaigns we are seeing steady growth in the number of unique IP addresses that are attacking WordPress sites using the REST-API defacement attack. 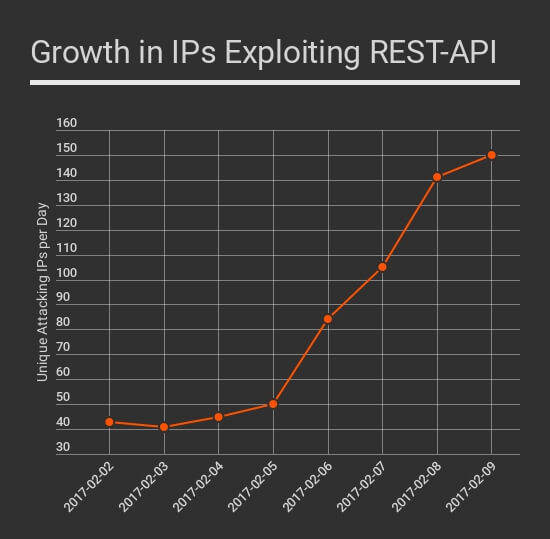 When analyzing the top defacement campaign, we looked at other attack methods that “MuhmadEmad” uses. Over the past 90 days the attack types for this threat actor we have detected are:

The above shows which firewall rules in Wordfence blocked this attacker. As you can see this attacker uses a wide range of techniques to deface websites.

Over 95% of attacks that we blocked from “MuhmadEmad” are coming from a single IP address:

This attacker uses a range of malware and has switched attack techniques several times during the past 90 days. They recently switched to exploiting websites using the new REST-API vulnerability.

You can help the community by spreading the word as quickly and widely as possible: If you haven’t already updated to WordPress 4.7.2, it is only a matter of time until you are hit by this.