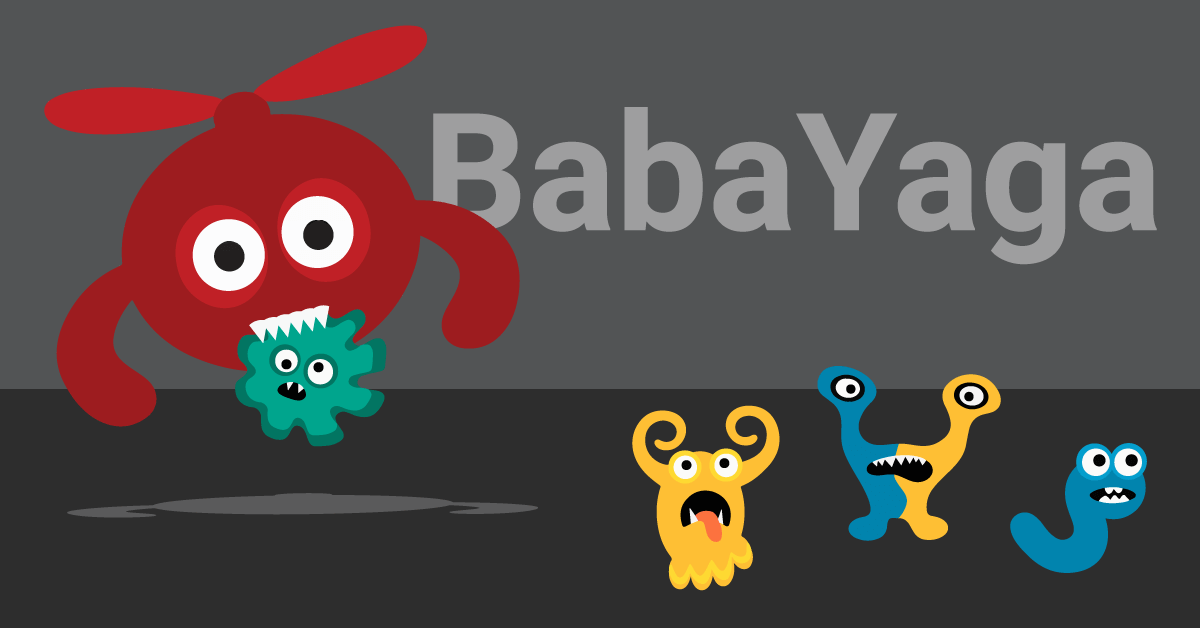 BabaYaga: The WordPress Malware That Eats Other Malware 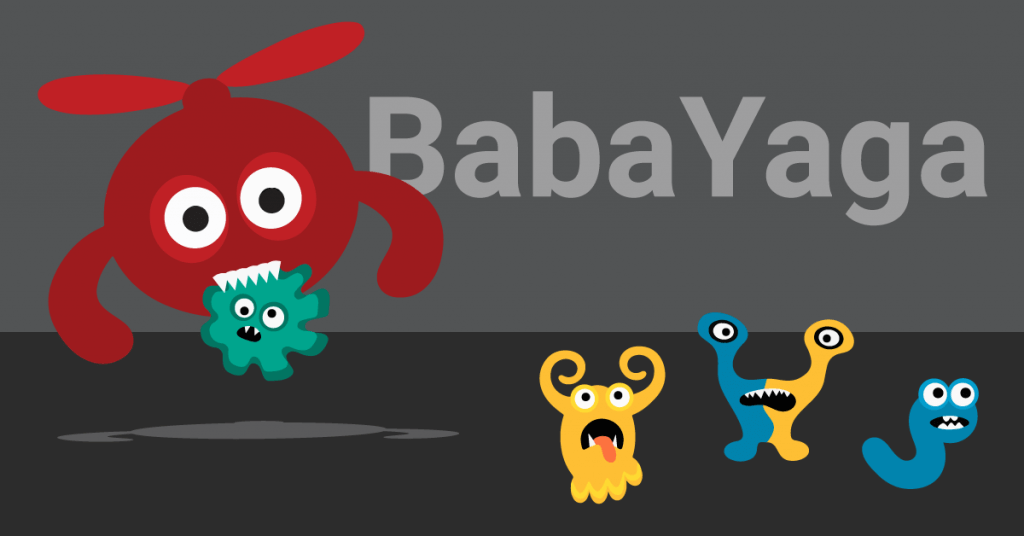 Dubbed “BabaYaga” by our team, this infection is notable for containing code capable of removing its competition. BabaYaga actually has the ability to remove other malware.

While this malware isn’t brand new, it caught our attention with a wide array of features conducive to persistent infection. None of these countermeasures are groundbreaking individually, but taken as a whole they comprise a suite of functionality unusually comprehensive and effective for spam droppers.

In today’s post we are publishing a comprehensive white paper on the functioning and detection of BabaYaga. The paper includes a breakdown of the functions the malware provides, including its ability to maintain WordPress and detect and remove other malware variants. For our industry peers, we have included indicators of compromise in the form of YARA signatures, IPs and hostnames, in an appendix.

This accompanying blog post provides a summary of our findings for WordPress site owners.

BabaYaga’s primary function is to generate spam content to be hosted on the victim’s site. These pages are loaded with keyword-heavy and meaningless word salad, designed to attract search engine traffic based on those keywords.

In the sample case we studied, the target market was a common one for spammers: essay writing services. 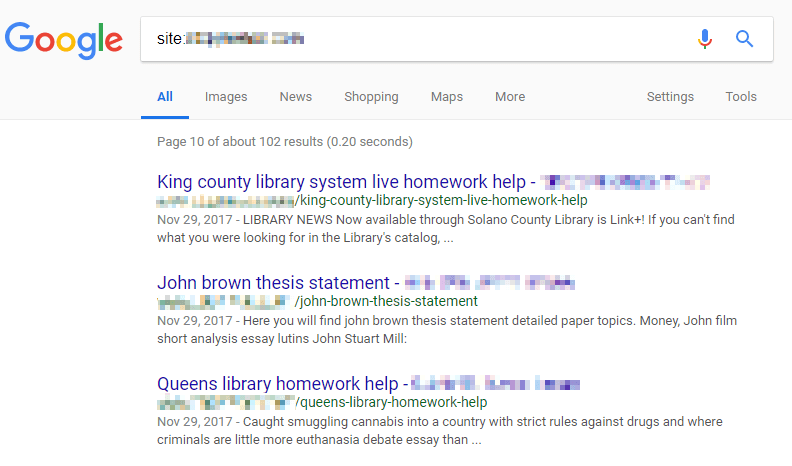 An example of Google search results for a site affected by BabaYaga’s spam campaign.

The payoff for these spammers comes in the form of affiliate marketing services. When a human visitor reaches an infected page of the site after following a link from a search, embedded JavaScript executes a malicious redirect to an affiliate site. Any purchases made at the destination site generate income for the attacker, and at that point it becomes a numbers game.

While the majority of our readers are probably savvy enough to identify a malicious redirect to a suspicious site and leave, a modest number of less-observant individuals would result in a respectable payout for the adversary.

As noted above, BabaYaga’s novelty stems from the use of a number of countermeasures, each with the intention of ensuring that it remains active on its host.

The infection’s primary files, responsible for generating spam content, each contain identical copies of the same code but obfuscated (hidden) with different techniques. This redundancy affords the attacker with some level of insurance that if one or more infected files are caught and remediated, there may still be more that went undetected.

These files feature a number of backdoor functions that can facilitate launching a complete reinfection if a single infected file is still present.

BabaYaga features a number of built-in backdoors, including this file uploader stripped from WSO Shell.

Some of the persistence features present in the BabaYaga infection include:

Together, all of these measures give the attacker plenty of options to choose from to reestablish an infection, or make changes to the functionality of the infection itself.

Because so much of the primary functionality of BabaYaga executes alongside WordPress on page load, it requires the application to be working properly. If something breaks WordPress, then the malicious scripts don’t get executed when a page is visited.

To this end, BabaYaga employs two features which would actually be helpful were it not for the malicious intent:

First, the malware includes features which the attacker can use to repair or upgrade the WordPress application software itself. It even handles the creation and cleanup of backup files, in the event that an upgrade fails.

Second, BabaYaga features more than one block of code used for rudimentary malware identification and removal. In other words, BabaYaga contains its own anti-malware feature to remove other malware that may break a site it occupies.

One example of code present in BabaYaga which can perform basic identification and removal of competing malware.

The rationale is simple: a good parasite wants to keep its host alive. If everything is up and working properly, the owner of an affected site can go without knowing anything is wrong indefinitely. However, if a less stealthy attacker finds their way in, or the site goes down for any number of other reasons, the site’s administrator will be forced to take a closer look at what is happening.

An admin investigating the site’s filesystem may stumble across an indicator of compromise, which obviously isn’t ideal for BabaYaga, so it does some housekeeping to avoid detection.

Due to BabaYaga’s complexity, this post serves as an overview of the infection. We have published a white paper containing a full report with indicators of compromise, written by Defiant Inc Senior Security Analyst Brad Haas.