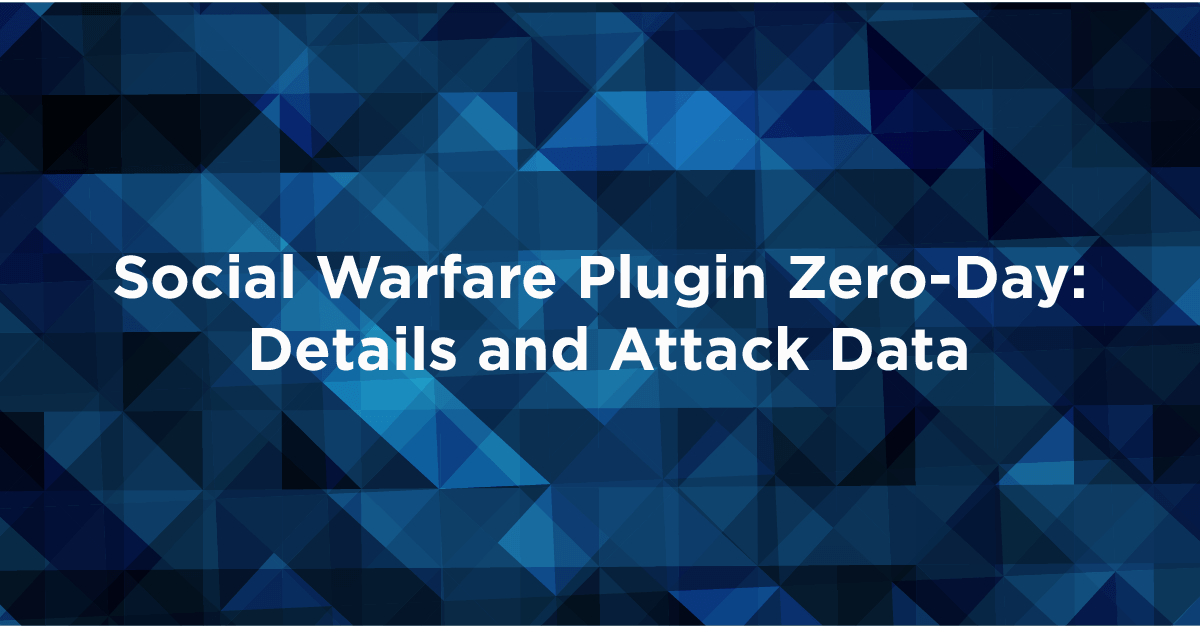 In our earlier post, we issued a warning to users of the Social Warfare plugin regarding a zero-day vulnerability affecting their sites. At this time, the plugin’s developers have issued a patch for the flaw. All users are urged to update to version 3.5.3 immediately.

The plugin features functionality that allows users to clone its settings from another site. However, this functionality was not restricted to administrators or even logged-in users. An attacker is able to input a URL pointing to a crafted configuration document, which overwrites the plugin’s settings on the victim’s site.

With the ability to modify the social media plugin’s settings, an attacker can pivot and perform more malicious activity. In all cases we’ve tracked so far, attackers modify the twitter_id value, as it most directly leads to a front-facing XSS injection point.

Threat actors exploiting this flaw host their payloads as Pastebin raw files, as the URLs are anonymous and don’t point directly to the attacker’s infrastructure. At this time, we’ve identified three main Pastebin addresses:

The two Pastebin URLs that were still live were nearly identical. Both contained the same type of injection, at the same injection point, with the same obfuscation method, and both performed redirects in the same manner. The only difference is the redirect target.

Deobfuscating the above script results in the following JavaScript payload:

Between the two payloads, the following URLs were present:

One domain, setforconfigplease[.]com, has been on our radar for a while now, most recently in our recent research into attacks against Easy WP SMTP. The other, strangefullthiggngs[.]com, is a newcomer. In fact, it was registered today.

WHOIS data for strangefullthiggngs[.]com showing it was created today, March 21.

These domains are part of a larger redirect campaign, and are both hosted on the same IP address, 176.123.9.52. Visitors who are redirected to these addresses are subsequently redirected to a series of malicious sites, and their individual activity is tracked via cookies. Reports have indicated a variety of eventual redirect targets, from pornography to tech support scams.

As mentioned, the plugin’s vendor issued a patch for this vulnerability within hours of becoming aware of it. 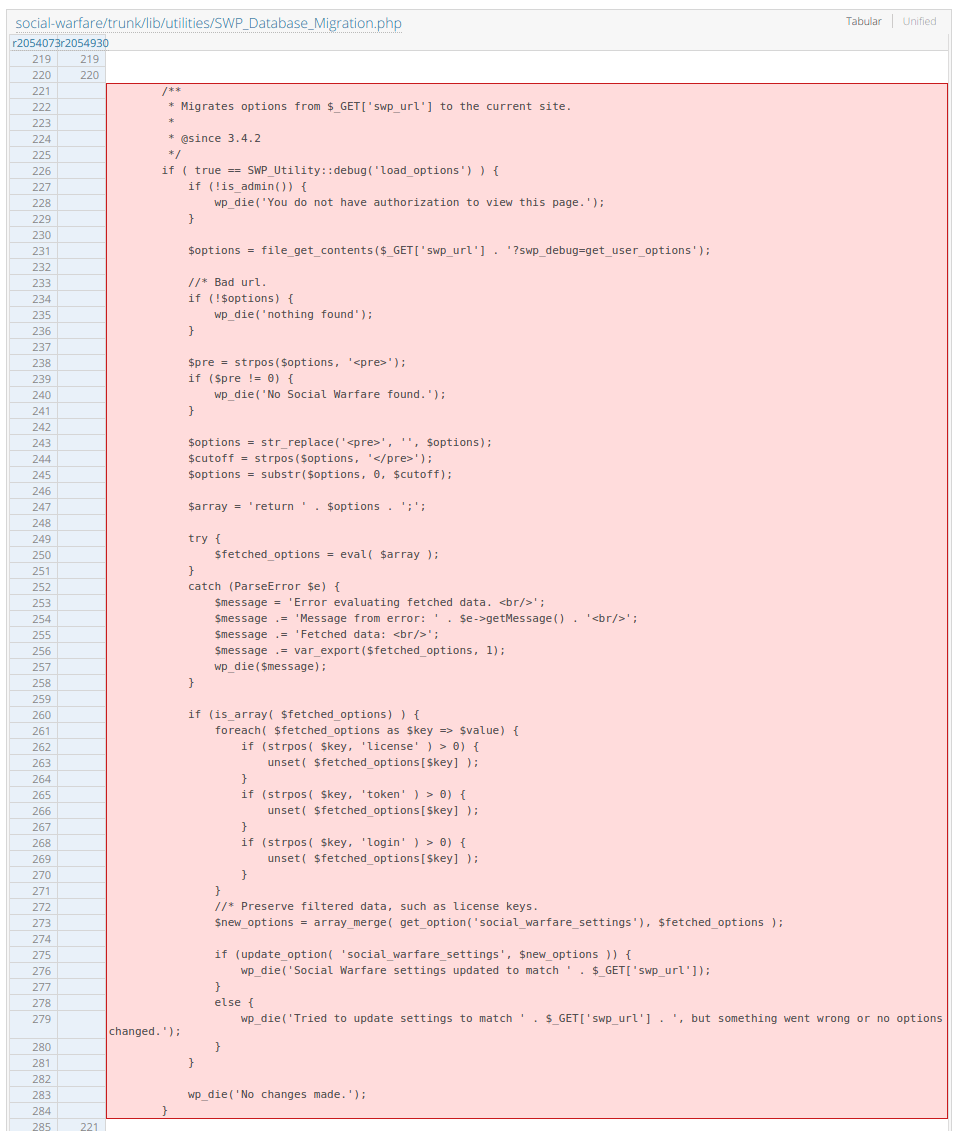 Screenshot of the diffset between the vulnerable and patched versions of the plugin.

As shown in the diff above, all of the existing settings import code was gutted from the plugin and replaced. Additionally, new code was added which attempts to directly reverse the XSS injections that had been distributed.

In code added to the function correct_invalid_values(), the plugin now makes efforts to remove injected content from its options values. First, if a < symbol is present in the twitter_id field, or the length of the value is greater than 15 bytes, the setting is set to a blank string. Next, if the string fromCharCode is present in any value, that value is similarly set to an empty string. This is in response to the obfuscation method shown earlier in this post and used by the threat actors behind this campaign.

The behavior of including patch code to directly address the aftermath of successful exploits is uncommon, but not unprecedented. We’ve seen similar efforts as recently as the WooCommerce Abandoned Cart vulnerability we detailed earlier this month.

The Wordfence WAF was quickly updated in response to these threats and our Premium users are protected. As always, we recommend updating your site’s plugins regularly. Unfortunately in this case, the exploit was in the hands of the bad folks before the good ones had a chance to do anything about it. Cases like this illustrate why a layered security posture is so important, and why it’s important to remain constantly in the loop with security news that may affect your site.