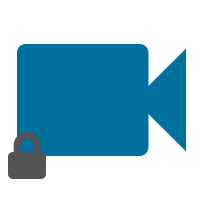 Video – The OSI Model & How Information Travels Through The Internet

Intermediate
How a Packet Travels Through the Internet from Wordfence on Vimeo.

Let’s explore how a packet travels across the Internet using the OSI model:

A user tells their browser to fetch a page from wordfence.com The browser makes an HTTPS request to wordfence.com. To fetch the required web page it passes the request to its HTTP protocol handler, that is Layer 7 of the OSI model, the Application layer.

When the HTTP protocol handler at Layer 7 recognizes that the request is for a secure document, it passes the request to the TLS library at Layer 5 and 6 of the OSI model. These layers are called the Session and Presentation layers.

After the TCP handler has created a packet to initiate a connection, it passes the packet down to IP which lives at OSI Layer 3, also called the Network Layer. The network layer receives the packet and adds the correct IP information to its header. That informs the internet routers how to route the packet to its destination IP address.

Now that the network layer has a routable packet, it passes it down to Layer 2, the Data-Link layer. The data-link layer adds the router’s MAC address as the local destination address, allowing the router to send the packet out to the Internet.

In order for the packet to get onto the basic networking transmission technologies of the network, it is then passed to OSI Layer 1 or the Physical Layer to complete the task. The physical layer takes the binary packet and physically encodes it onto network cabling — or places it onto the airwaves in the case of a WiFi network — and the packet begins its journey across the local network and out to the wider Internet.

Once the packet reaches the destination server, the whole process reverses and the packet travels back up the layers of the OSI model.

This process happens constantly as your computer communicates with other remote servers on the Internet.